The Evolution of Military Aviation 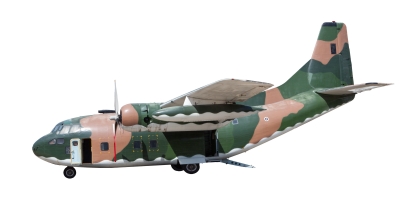 The military aviation industry has certainly come a long way. In 1903, the Wright Brothers successfully completed the first powered flight, by the mid-1920s, commercial flights were abound and by the later 1940s, passenger flights were available. The emergence of military planes came about by World War I and, albeit, the planes were considered inferior to that of the enemy, the American military had established a very powerful and progressive position in wartime aviation.

So what is in store for the future of military aviation? Modernization of current models, faster jets and more capable unmanned drones are just some of the concepts for military aircraft in the coming decades.

A recent Forbes magazine article details some programs that, even in the face of congressional budgets, will not be on the chopping block. In fact, 3 of 5 five programs the U.S. Army and Air Force want to modernize for the future are air and space programs. The F-35A stealth jet striker is set to replace the F-22 fighter, which were terminated by the Obama Administration in 2009.

The next of the 3 air warfare priorities were new aerial re-fuelers, a project to be accomplished by Boeing. The last of the priorities are new LRS-Bs or Long Range Strike Bombers. The current bomber force is reaching its max out age of 30 years and will need to be replaced or upgraded.

One of the developing concepts, according to a July article in the Washington Post, details a fighter jet that will have the ability to “break apart” midair, while delivering whatever mission it is on, and then “repair” itself back together. The concept, developed by BAE Systems, is called “The Survivor” and with a light fluid network of nanotubes, the hope is that the jet can separate and come back as one while splitting clouds in the sky.

The U.S. Navy intends on purchasing 60 more MQ-4C Tritons, or unmanned drones, with the hopes of giving them more capabilities besides collecting intelligence from other countries. But according to Military.com, some believe the future for unmanned drones is dwindling. The U.S. Navy wants to design unmanned drones to fly for up to 14 hours without the need of refueling but other agencies believe that will reduce not only the drones service life but it may eventually cripple the drones abilities to escape radar and other detection.

The Sky is the Limit: Aviation’s Top Paying Careers

Why Choose Nomex Over Other Materials
Scroll to top