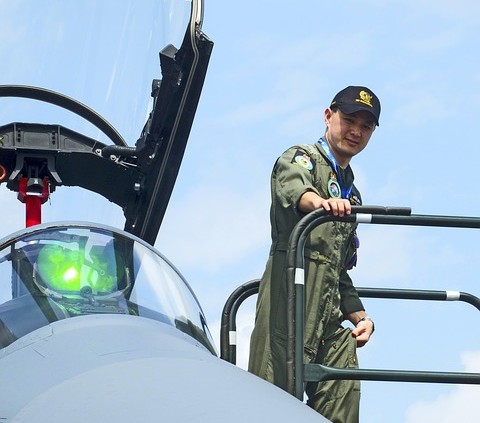 The United States has five branches of the military; they are the Army, Navy, Air Force, Marine Corps, and the Coast Guard. Each military branch has their unique set of dress code standards for military trainees and personnel. For example, members of the Marine Corps are not permitted to run errands or get out of their vehicle for any reason while they are on duty and dressed in their uniforms. Another regulation that the Corps has implemented is that large tattoos are not allowed on the calves or forearms. Any form of body jewelry is also not tolerated. As always, marines must maintain the grooming standards too. According to NBC News.com,  the Marine Corps has a “spit and polish” image that it is upholding and these new guidelines reflect that.

The Air Force also has their dress code as well regarding appropriate times to wear the flight suit. Air Force Times.com states that as of January 23, 2017:

“When a pilot, navigator or other aircrew member wearing a flight duty uniform pulls up his or her sleeves, they must be held in place with the Velcro strap attached to the flight suit. Sleeves must end at or within one inch of the natural bend of the elbow when the airman’s arms hang naturally to the side.”

However, sleeves should remain rolled down slightly past the natural bend of the wrist whenever airmen are completing in-flight tasks. Said duties include, but are not limited to all flight-related functions, which consist of preparations made before and during flights, as well as miscellaneous duties after each flight. The previous rule was that airmen who are not performing in-flight duties are allowed to roll their sleeves under, so long as the sleeve is not above the natural bend of the wrist.

The change has been anticipated by many airmen and compliments the standing regulation that is associated with the Airman Battle Uniform (ABU) which allows servicemen and women to roll up the sleeves of their uniforms. However, this is at the discretion of their commander. Some of the reasons why the Air Force had such a strict sleeve policy was to protect the troops from sunburn, that could lead to skin cancer, and to ward off insects that carry diseases, such as mosquitoes that carry the West Nile Virus.

Some airmen feel that it is a privilege and honor to wear the flight suit and should be permitted to wear it anytime and anyway they wish. Some arguments that have been proposed are because many servicemen and women have endured vigorous training to become pilots. Therefore, some personnel fee that it commands respect and is exemplary of a pilot’s level of commitment to serving America. Unfortunately, some of the commanding officers don’t share this point of view. One retired officer, Steve Helms said that the flight suits and other uniforms have nothing to do with the commitment that an airman has to the country. The actions of the servicemen and women reflect their dedication to the United States, not the article of clothing they wear. As long as an Air Force personnel practice perseverance and respect their authorities, they will move up the ranks in the military and be recognized by their peers. Again, the flight suit does not automatically gain respect for the pilot who is wearing it.

As you can see, the military has strict guidelines that must be followed. However, slowly, some changes are being made to make the uniforms more comfortable in warmer weather.