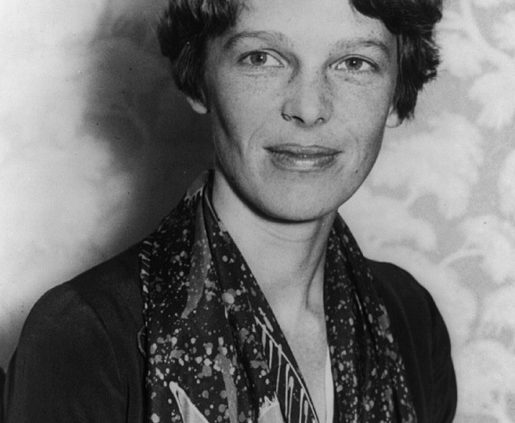 Born on the 24th July 1897, in Kansas, Amelia Earhart is one of the world’s most celebrated aviators. Who, as the first women to fly solo over the Atlantic Ocean, inspired women all over the world to forget social norms and follow their dreams instead! However, Earhart is not just remembered for bringing changes to the world of aviation, she is also the center of a bizarre mystery. As, in 1937 while attempting a solo trip around the world, the renowned pilot disappeared, never to be seen alive again.

The Early Life of Amelia Earhart

Born to a father who was a railroad lawyer and a mother who came from an affluent family, from a young age Amelia was an adventurous child, always showing courage and curiosity. However, after her grandparents passed, the Earhart family began to struggle with money and had to move home often.

This childhood on the road meant a fractured education, with Amelia finishing high school in Chicago during 1916. However, after receiving an inheritance, her mother then sent her to a private school for young ladies – Ogontz School in Pennsylvania.

It was on a trip to Canada, while visiting her sister, that Earhart found a career she wanted to pursue, though. Having seen injured soldiers from WW1, she decided to leave her college and being a nurse’s aide in Canada.

When the war finished, Earhart pursued a medical career by attending pre-med studies at the Columbia University in NYC. This was put to an end in 1920, though, as her parents insisted she move to California. This was lucky, however, as it prompted Earhart to take her first airplane ride that same year. Instantly hooked, she began flying lessons and even bought her own plane in 1921.

Although she was still pursuing her aviation career, Earhart still moved to Massachusetts in the mid-1920s to become a social worker. When an opportunity to came up for a woman passenger to fly across the Atlantic Ocean, though, she jumped at the chance and was selected for the flight in April 1928.

The flight left on June 17th, 1928 from Newfoundland, Canada piloted by Wilmer Stultz and Louis Gorder. The plane landed the next day in Burry Port, Wales where Earhart being an overnight global superstar. She wrote a book about her experience – 20 Hrs. 40 Min. – and even traveled across the USA giving lectures on her experiences.

Not content with just being a passenger, Earhart set a record for the highest altitude (18, 415 feet) for a piloted autogiro in 1931. The next year she went on to pilot her own flight across the Atlantic Ocean, which she completed in record-breaking 14 hours 56 minutes. Afterward, she wrote a second book called The Fun of It and continued her flying career.

As well as showing women that they could become pilots, Earhart also encouraged in other ways. Most of all, she inspired other women to reject the roles that society puts upon them and instead follow their dreams.

In 1929, she founded a society for women pilots, which became known as the Ninety-Nines, where she served as the group’s first president. She even released a clothing line in 1933, which functionality allowed women to be active.

While attempting to fly around the world, Earhart departed Miami on June 1st, 1937 with her navigator Fred Noonan. After several weeks, and many stops for fuel, the plane departed New Guinea on July 2nd. However, this was to be the last time the pair took off, as during the flight Earhart radioed to say they were running low on fuel, which was their last transmission.

Despite many searches and international press, neither Earhart, Noonan or their plane. Declared lost at sea, people have many theories over what happened the pair. Particularly Amelia Earhart, who is still inspiring women to be brave and follow their aviation dreams still to this day.

Where to Find High-Quality Flight Suits
Scroll to top