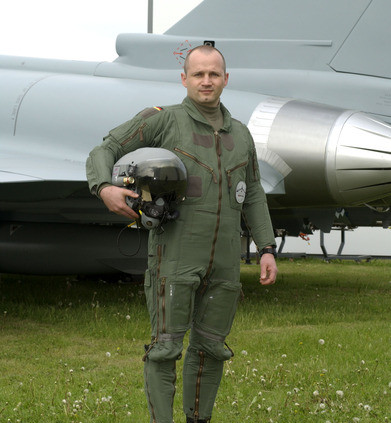 Flight suits that are worn around the world are recognized by their distinguishing features.

What is a Flight Suit?

A flight suit is a full body piece of clothing that is also commonly referred to as a jumpsuit. These flight suites (Jumpsuits) usually are designed to be flame-retardant. They have also been shown to be flame-resistant and stain-resistant as well. This creates the ultimate non-fussy suit for pilots and active duty military personnel. Flight suits are commonly designed with multiple pockets, these pockets can be found in the front, back and sides of the suit. The suits also tend to include an inner lining. This is done so that the user is able to stay warm during the flight when they are in the cooler air of the high altitudes.

Throughout the years the flight suites have been improved as new technology is developed. One such an example of this important would be the Sidcot design that was created in Australia back in 1917. This design was instrumental in the introduction of additional lining. This allowed flexibility for the wearer since the suit could be worn in lower temperatures and at greater elevations. This was especially important since at the time aircrafts did not contain cabin-pressure and due to this fact could at times have decreased temperatures of below freezing. This suit was used by the Royal Armed Forces up until the early 1950’s.

After this time the suits were redesigned with heating features that were designed with the collaborative effort of Lion Apparel and company General Electric. Once the aircraft had developed “pressurized” cabins this particular flight suit design was no longer needed. The flight suit “poopsie” was introduced into the market a short time later. The suit was created to provide additional support to the wearer and to protect the pilot from hypothermia when they would need to eject themselves from the aircraft or if the pilot were to land in cold water. The poopsie flight suit was not the preferred choice by pilots but it allowed them to successful stay alive even in cold water for as many as 15 hours after landing.

The maker of this suit Lion Apparel is still a predominate force in this industry.

During the 1940’s a new suit was introduced called the G-Loc flight suit. The suit was designed with a built-in water pocket (or sack) that was designed in order to prevent hypoxia. This condition would develop from a sudden and immediate decrease in oxygen while in-flight. This would occur in faster aircrafts like those that were designed for the use in combat.

The Libelle suit is an anti-gravity flight suit that is currently being tested by the Swiss in collaboration with TPS (an organization located at Mountain Home AFB, Idaho). The Libelle means “dragonfly” in Swiss and based on their preliminary testing appears that this suit may surpass pneumatic anti-G suits that are currently being used. This new suit is being crafted in order to overcome some current issues with the pre-existing suits.

During High-G acceleration the force and pressure force the blood from the pilot’s body away from their brain down towards their lower extremities. This sudden decrease in blood flowing into the brain can cause the pilot to lose consciousness and pass out. This can be a potential fatal situation.

With the introduction of the pneumatic anti-G suits, these occurrences have been greatly reduced. The goal of the Libelle suit however is to completely remove these occurrences and the future looks promising. The Libelle concept has been under development for the past several years and it has been conducted via the use of centrifuge and testing amongst the Swiss and German air forces.

What makes this suit unique is the fact that it is based on the concept of liquidity. This means that it will not have any need for mechanical regulating systems on board. The suit if successful will also decrease the need or requirement of positive pressure breathing. It will reduce the amount of physical effort that is needed while improving the pilot’s ability to communicate under these high-G force conditions.

The testing in the US began recently and during the next few weeks the students at the TPS will undergo testing in these flight-suits. The testing will also factor in different weather conditions to see if the suit can also be worn in hot environments. This will allow them to determine whether the cost vs. the benefits prove to be in the best interest of the US Air Force.

As we take a closer look into the history of flights suits it is important to explore those suits designed and worn in different countries across the globe. Let’s take the US military use flight suits for example. The US Defense Force which includes the Air Force, Navy and Army all wear the CWU 27/P Nomex Flight Suit. These suits are made from a Nomex material and included Kevlar. These suits are fire resistant, resistant to chemical spills and are also radiation resistant. The suits are commonly tan and sage green in color and include pockets along the side of the leg. This allows the pilot to have easy access to their flight plans and other important objects.

The English Royal Air Force is also commonly referred to as the British Armed Forces. Their flight suits were created using leather and during the WWII they had included electrically heated suits, shortly after the Nomex fabric was instituted into the design. The standard issue flight suit currently is the MK16A flight suit which is very similar to the US CWU 27/P. It is also made with the Nomex material and it has a similar pocket configuration. It comes in Nato Green which is similar to the sage green of the CWU 27/P Nomex Flight Suit.

The Japanese Self Defense Forces

The Japanese Self Defense Forces used flight suits that were designed during WWII. These were created to be used during the winter and were made from rabbit fur. These suits did not contain name tags or any identifiable markings, the pilots did have the option of wearing a name tag inside of their suit should they choose to do so but it was not a requirement. Electric wiring was also placed inside of the suits within a few of the pockets and along the waist section of the suit. Their flight suit also included space for a sword. Today flight suits worn by the Japanese Air Defense Force have been redesigned to be lighter and they also include an insignia as well.

The Bulgarian Air Force flight suit is made from soft suede leather. It also includes a fur lining. These flight suits were worn during the earlier days. Today their suits are similar to those of the US and they too have incorporated the Nomex material in their flight suit designs.

The flight suits of the German Air Force are made by Marquardt and Schulz. These suits are regularly upgraded and modified, this explains their different styles.

During their time upgrading their flight suits they have referred to their suits using different terminology over the years and have created suits of varying color combinations as well. The dark grey suits have an insignia of the air forces; this also includes the rank of the pilot or soldier that can be found on their breast pocket. In some cases it can be located in the shoulder region. The olive green suits are used for pilots that are assigned to helicopters. The orange suits are designed and created by a different company, they also have many pockets. This feature helps to identify the ground maintenance personnel more easily.

The French Army Light Aviation divisions of the French military has flight suits that are light, commonly short sleeved, and are tan in color. The other designs that they use are olive green in color, are long sleeved, and are heavier. This combination makes this flight suit ideal for harsh weather conditions during missions. These flight suits contain pockets on the sleeve and also include Velcro patches.

In summary, most countries use the Nomex fabric for their flight suits and are very similar in design, color, and durability. The kind of flight suits being sold commercially are not as high quality as the military-issued for obvious reasons such as price, non-combat use, and security.

These flights suits however are very similar to racing suits, firemen suits, and the basic structure for space suits. They are considered as industrial suits. What this means is that it is not just the material that is special but also the lining, zippers, and fastenings. The normal flight suit has 6 pockets minimum and each pocket can be opened with one hand.

Their colors are bland and similar to ground crew and soldiers uniforms because they should blend in rather than stand out. This is done for their security and to protect their identities when necessary.

For many countries, the patches worn are also for the exclusive use of the air force personnel and have exact placements on the flight suits. In short, they cannot be sewn just anywhere in the suit nor can unauthorized patches be sewn in.

*Note: Some Images were taken from www.eurofighter.com

The History of the Modern Nomex Flight Suit
Scroll to top